Having a home bar has been and is a thing for many people, though not quite us yet.  My wine glasses are used rarely, but often enough to keep the stemware within semi-easy reach, and were recently joined by my grandmother's pilsners after a visit to my mother's.  She also gave me my grandfather's silver ice bucket, which has a bit of added character thanks to a dent in the front.  After polishing it up I couldn't quite decide where to put it to use, as of course, I don't have an established bar area or "entertainment" cabinet.

Tucked away in the china hutch somewhere?

I've had it on the dining room table just sitting, waiting for inspiration for weeks now.

While straightening up the table, watering plants and switching out the patriotic placemats, I plopped a smaller plant into the bucket to get it out of my way, and, wouldn't you know it, that's where it's going to stay for the rest of the summer.

(I know, I know, I should iron the table runner, but you know what?  It's not going to happen right now.)

Perhaps Grandpa would approve of the repurposing considering we have quite enough ice in the freezer's dispenser. 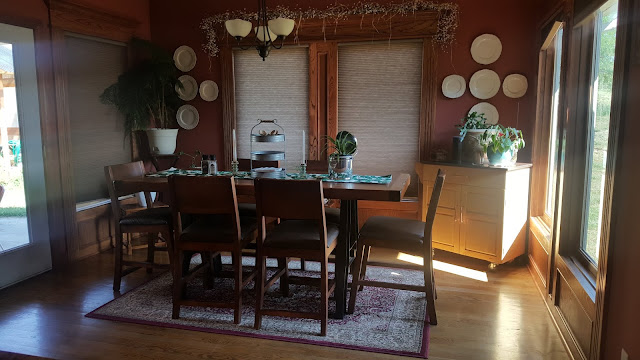 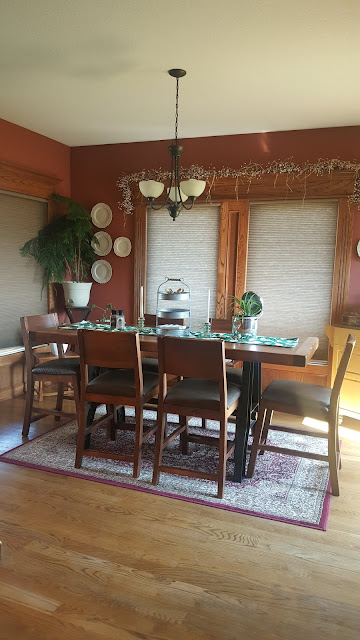 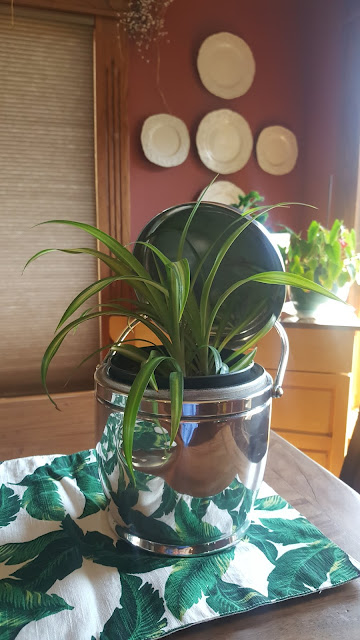 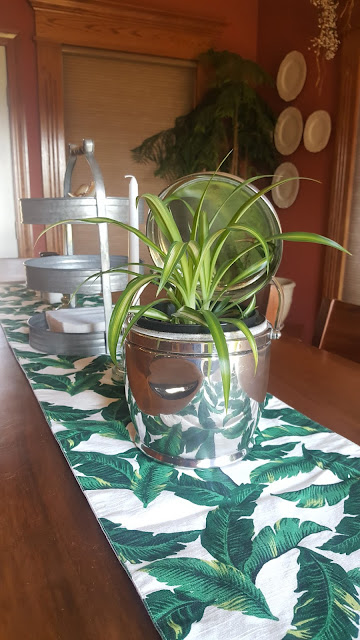 The wrinkles go with the dent.

Posted by Michaele Sommerville at 10:58 AM