Where, might you ask, did we move once Uncle Sam sent us on our way out of Alaska a decade ago? 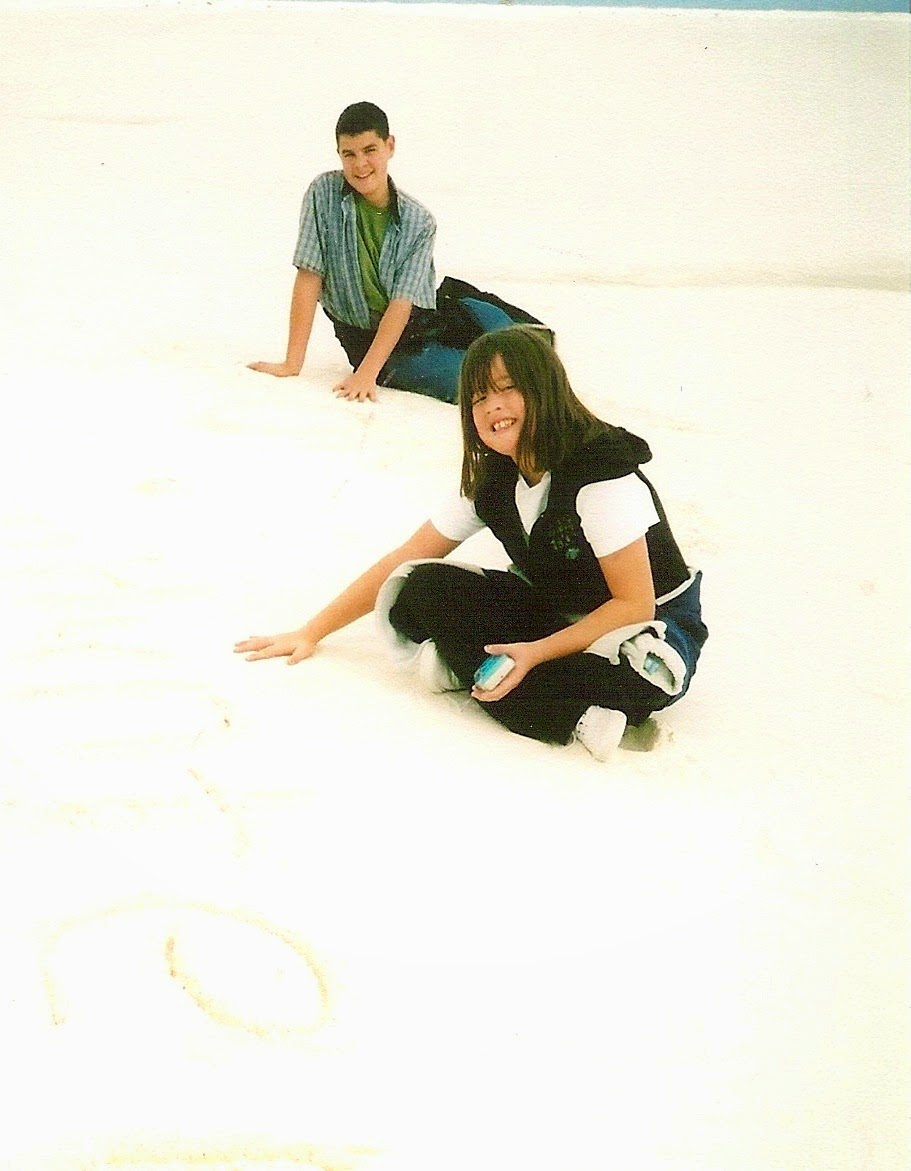 WSMR (pronounced "Whizmer") became our new home during our inaugural year away from The Last Frontier.  Instead of moose, we encountered oryx.  Instead of ravens cawing outside our window, we would find tarantulas cooling themselves against the stucco walls.  The lush grass and overflowing flowerbeds of our summers were replaced with hot sidewalks and xeriscaped stone yards.  My coordination built from many years of walking carefully across icy streets and walkways served me well when the terrain was switched to burning ground and jagged rock paths, though flip flops didn't offer near the foot support that my winter boots had. 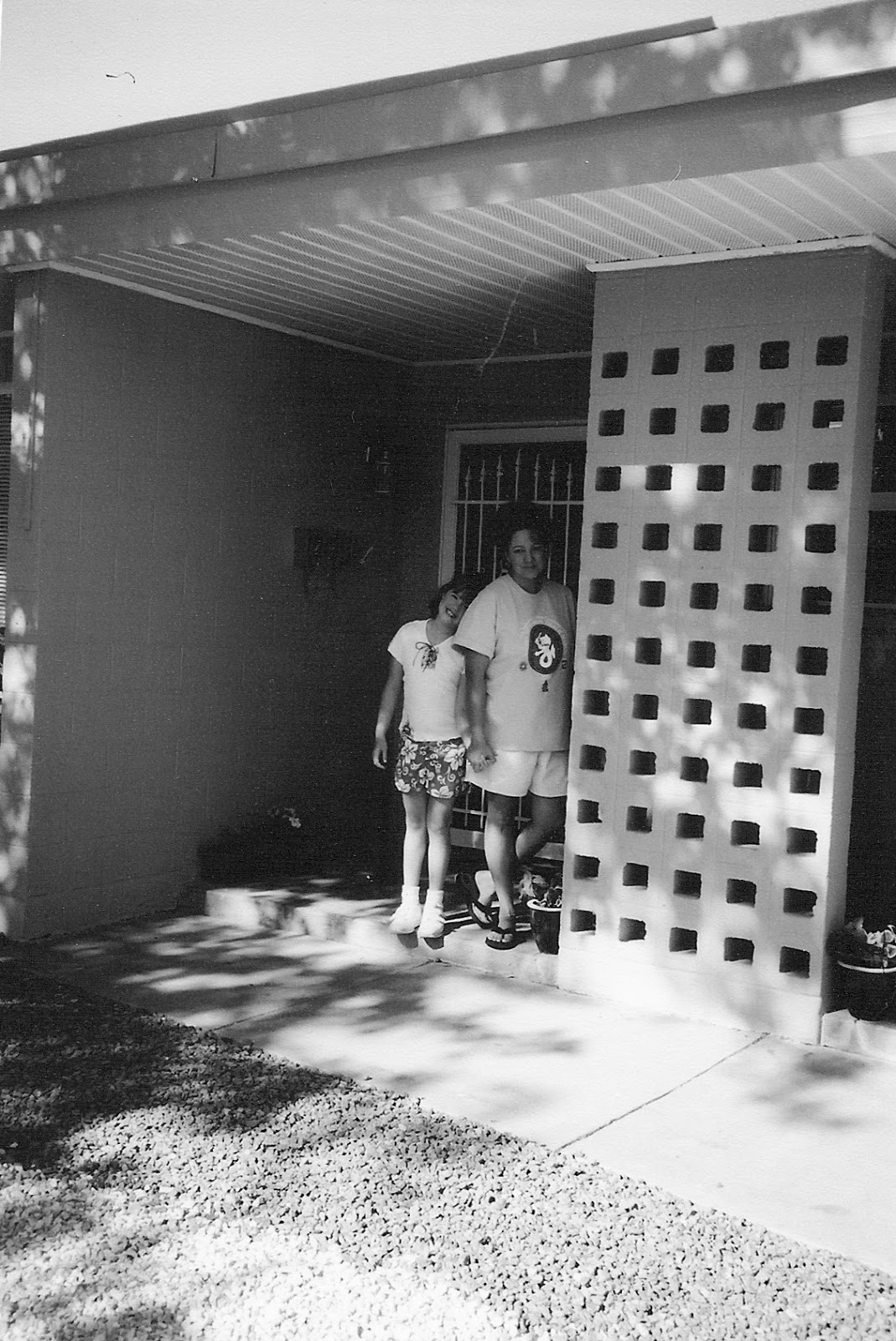 I decided to try black and white film, actual film, unaware that one year later, my husband would give me my very first digital camera to document our first move to Kansas. 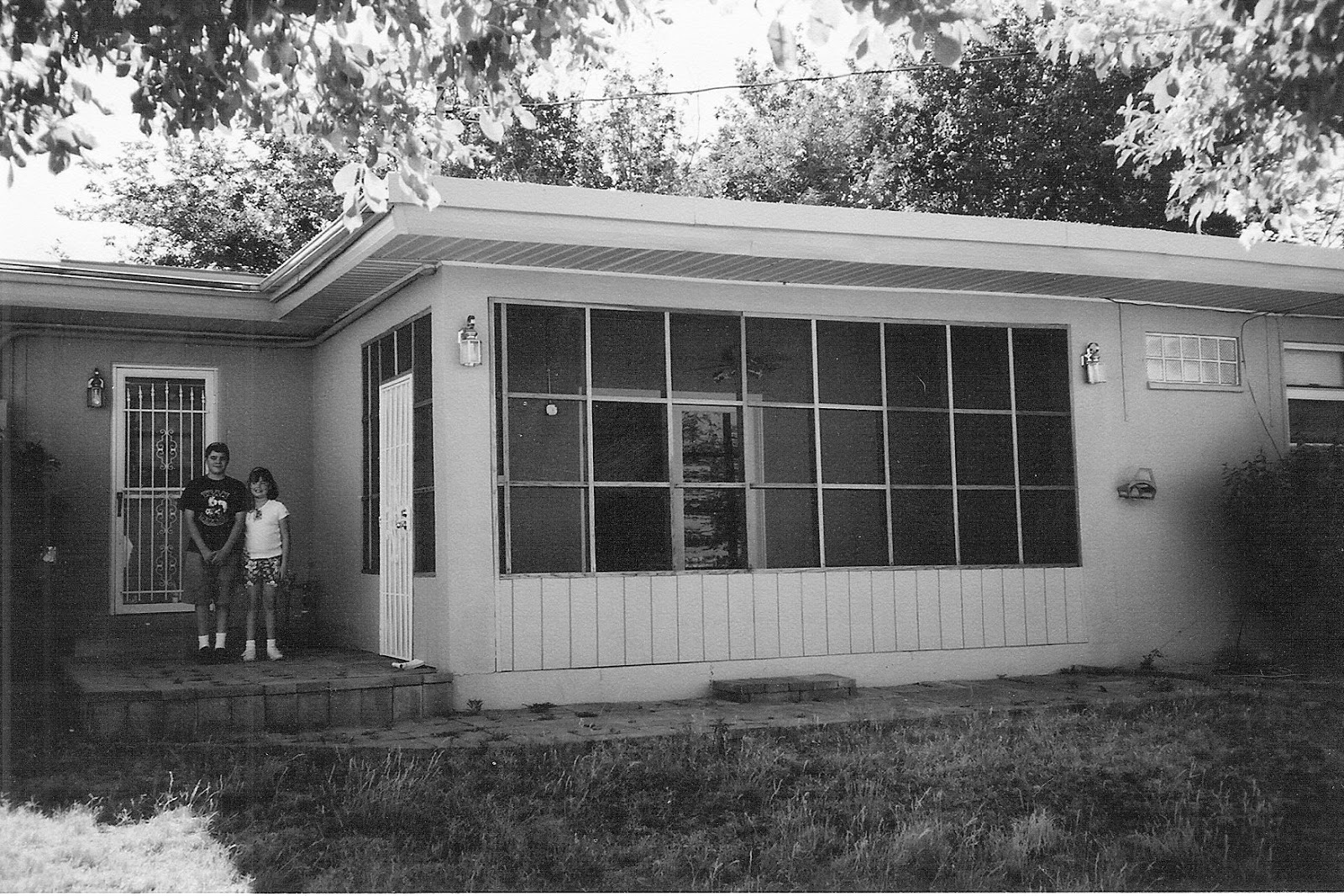 The backyard was completely walled in, and was the only place that had anything slightly resembling grass.  Still, we were warned that coyotes would sneak in during the evening if we allowed Anni-Cat outside.  We never did, but she loved the enclosed open air porch, since lizards would find their way under the screen door. 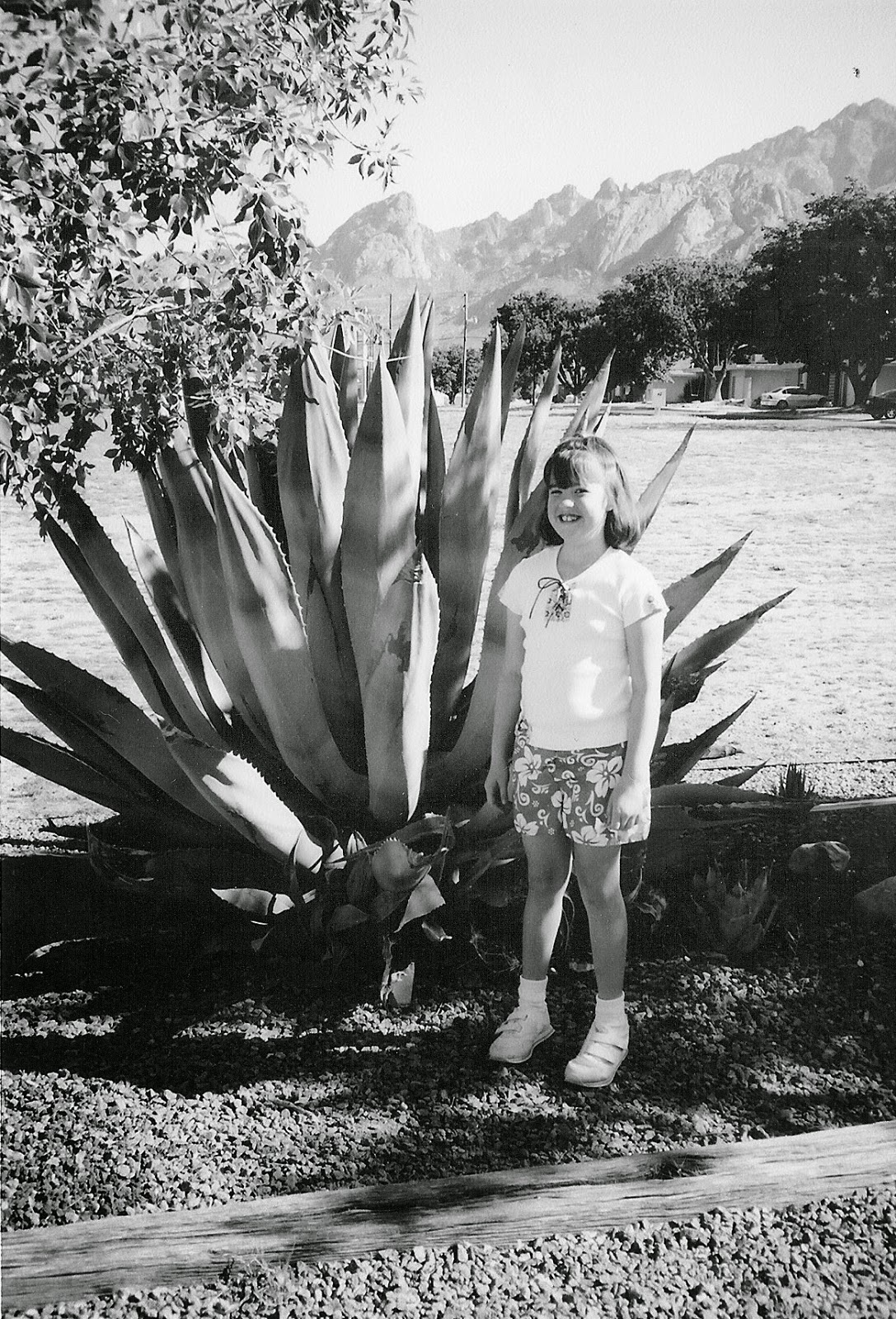 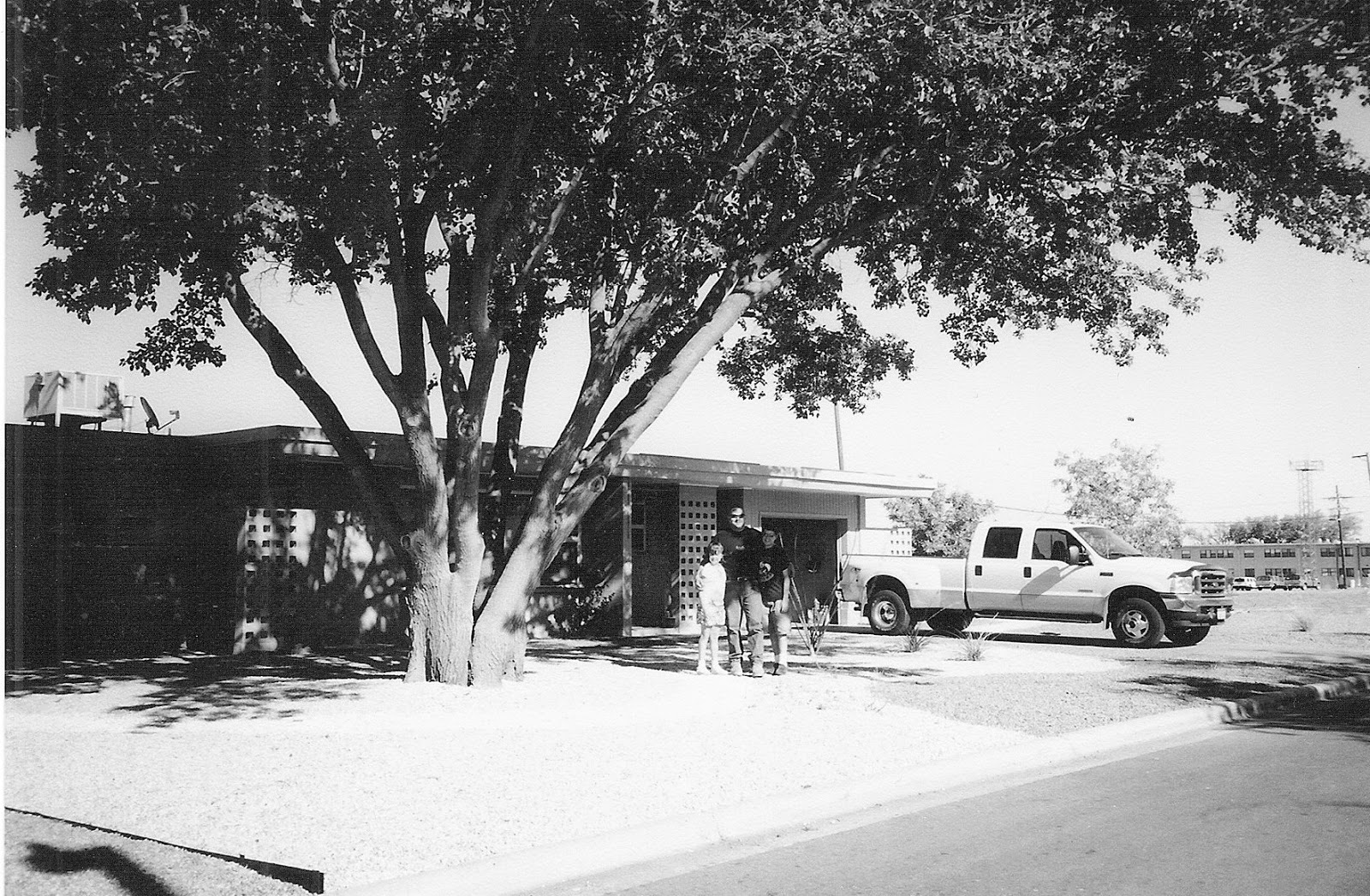 So many changes for us, but what an adventure.  Every new restaurant, shop, and road trip was an event.  My new role as a military wife had to be balanced for the first time with my responsibilities as a teacher.  The good people put in my path helped me evolve in this endeavor.  Teaching colleagues, military spouses and families, and the wonderful artisans I began to meet during outings helped me work through the sadness of missing so many friends and families "back home." Since phone calls, letters and photographs were the only ways for us to keep in touch, I had to come to terms with the realization that with our relocation to the desert, my husband, children and I would now live our day to day lives without family members and our dearest friends in them.  There was no Facebook.  Had MySpace been invented yet?  There was dial up internet access, but with time zones being what they are, times were rare when we could meet up in chat rooms.

And then I drank the water.

Posted by Michaele Sommerville at 1:08 PM