A decade ago I was a new-ish Army wife, beginning my own run in the military post hopscotch game. My first jump took me out of Alaska, down to New Mexico.  Then came the leap over Texas and Oklahoma, where I planted both of my feet squarely in The Land of Oz. 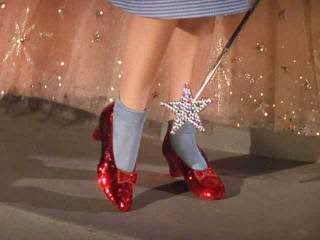 After arranging furniture, meeting the new cast of characters for Dear Husband's job, and getting the kids settled, it was time to explore.  Shops full of lizards, cacti and crosses were replaced by stores full of sunflowers, unusually colored college mascots, prairie style antiques, and more crosses.

Our home needed to be doorbell-ready: military staff and spouses felt comfortable dropping by unannounced, at almost any hour of the day or night.  It was an adjustment for this Alaska girl.  After all, if someone came knocking on your door in the middle of winter at -45 degrees below zero without having called ahead first, it was a good plan to arm oneself with a gun and/or phone before responding with "Who is it?"  Now I would have to be ready to hide my alarm, cheerfully open the door and invite guests in at a moment's notice.

When my husband told me he was being deployed for a year, I knew I couldn't stay at home all day long for months on end.  I applied for and was hired to teach kindergarten during his tour.  Keeping busy and staying away from FRG (Family Readiness Group) drama was the best way to make the year pass by more quickly.  As there was a chance that I would be teaching the children of fellow soldiers' families, I decided that I would either be the 1st SGT's wife OR the kindergarten teacher, not both.  You see, military spouses, especially those whose husbands (or wives) are of higher rank, are expected to be very social, organizing get togethers, fund raisers, and offering support to one another.  We are also to counsel others and be good models for those around us.  Weekly BUNCO nights, or spouses' shopping tours, bake sales, and gift wrapping at the PX meant there were lots of opportunities for chit chat, but the topics were limited inevitably to issues such as parenting, battalion or unit drama, and plans for the next get together.  As I was in my early thirties and not my early twenties (or younger), I was comfortable with my independence.  Missing my husband did not mean I had to shrivel up and die, or crawl in to a corner terrified to be alone, but my age and experience made it difficult for me to be around young wives who hadn't grown into themselves yet.  Some of these girls seemed like babies to me, and I was already raising my own children.  Many of the wives who were my own age or older were professional spouses, interjecting comments full of military abbreviations, terms and information into every conversation.  I found it difficult to feign interest, especially since most of my friends and family were fellow teachers.  Sure, my behavior and appearance could reflect upon my husband, but frankly, I felt they reflected heavily on myself first.  I was my own person, with a profession and family.  Pedagogy, curriculum, and the excitement of teaching filled my head and heart.  Why pretend to be something I wasn't?

I met my new grade level colleague and developed friendships with other staff members at my school.  Stress from work kept me on my toes, and keeping up with daycare and school functions for the kids kept me busy every morning, evening and weekend.  At the beginning of the school year/deployment I would wait anxiously for Dear Husband to call or email me, but after a while I became used to the fact that if we spoke, we spoke, and if we missed one another's call, we'd just have to try again.  One afternoon I came home to find a message from a female stranger on our answering machine, telling me there had been "an accident" and that "someone from the FRG would call back and keep everyone informed."  Not the way to end a day, and no one else called.  As weeks and months passed, I appreciated the gift of being given my space, but if I couldn't speak with my husband, then I wanted desperately to call and confide in my friends, most of them living three hours behind me.  Often they were still at work, or they weren't awake yet, or they were out, living their own lives.  Though I was the proud wife of a soldier, I felt completely isolated, despite being surrounded by my new military "family." 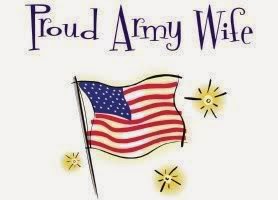 I tried keeping a diary, but the thoughts were coming out of me faster than my hand could form the letters for each word.  And then I realized: I type much faster than I write.  What was it Doogie Howser always did... entering reflections in some sort of diary or journal that he kept on the computer?  Friends asked if I had joined MySpace yet.

MySpace?  What in the world was MySpace?  They explained that I could post photos, link up with friends, design my page and even blog at the site.

No, no Michaele, blog.  Blogging is writing on the web, sharing thoughts, opinions, and pictures.

I was skeptical.  But I was intrigued by the thought of going public with carefully selected private thoughts or wonderings.  Who would read them?  Who would want to?  What would their response be?  Was it safe?  Finally, late one night, the need to get all of *~it~* out of my head was just too great.  Not only was I a thinker, I was a thinker who thought things through with text, letters, words, scribbles, and punctuation.  To clear my head, I needed to write.

I signed up, began customizing my page, and blogged for the very first time.

My husband wasn't happy.
Posted by Michaele Sommerville at 3:11 PM