NaBloPoMo July: A Decade Ago

A decade ago during the summer, I left Alaska.

While the relocation quite obviously marked a change in lifestyle for me and my children, the move became significant to me in other ways only after years had passed.  NaBloPoMo's topic "Decade," encouraged me to reflect upon the past ten years, and thankfully so: I didn't realize it had been ten years since I left the Land of the Midnight Sun.

Time hasn't flown, but it hasn't dragged along either.  I mark birthdays, holidays, anniversaries, and special events, but for some reason, this round number of eight fingers and two thumbs almost slipped right past me.

I left Alaska after falling in love and marrying. 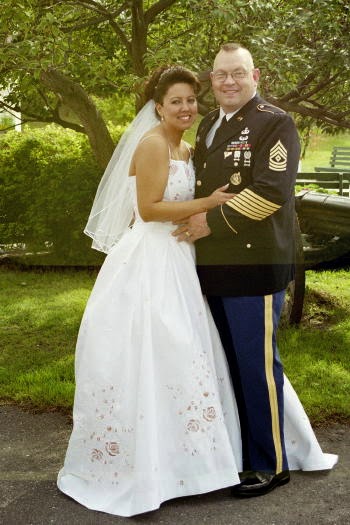 Married in the late summer/early fall of 2003, Uncle Sam decided it was time for my soldier to relocate to New Mexico.  He reported to his next duty station after Christmas, while my children (The College Graduate and the Wildcat Rower) and I finished the school year, and prepared to leave the hometown I had known and lived in since 1987, my college days. 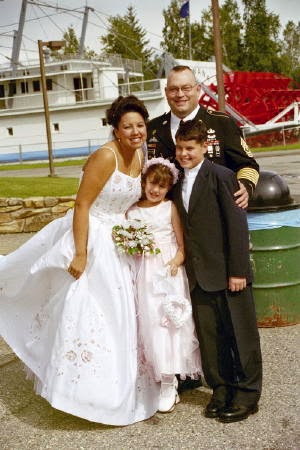 Ten years ago, this was our family unit, along with a cat, Anni.  Ten years ago, I didn't know what a blog was.   My "social networking" still included actual face to face conversations with people, and I had just wrapped up my first decade of teaching kindergarten.  I crocheted from time to time, dibble dabbled in collecting china (Occupied Japan Noritake), and rarely (if ever) picked up a hot glue gun.

Oh, how things would change once I became a military wife, and we left Alaska in the summer of 2004.

Posted by Michaele Sommerville at 3:21 PM